The analysts are tweeting their sentiments about the next price prediction and some analysts claim that a downward trend is coming and the price may go down-even to $5,500.

As we come across people’s speculations about the value after halving which are highly bullish and positive but some are making bearish charts. Let’s dive into what these crypto experts are saying.

Currently, the Bitcoin is hovering at $7,300 and there are still 5 months for halving event to happen. The period of five months will be a complex time for the Bitcoin future and expecting many ups and downs.

A close below the inside-bar support ($7452.08) confirmed an end of the price correction to resume a bearish trend.
Next -> $5.5K. pic.twitter.com/Pr2JP8ngjs

Bitcoin is Stacking up for a long squeeze

Sometimes, the speedy piling of green candles ends with a massive bearish trend. A crypto analyst with username @themooncarl tweeted that Bitcoin is stacking up as he observed on the crypto exchange called Bitfinex and found a bearish signal.

He stated this stacking of BTC to an all-time high is giving us a clear notion that a long term squeeze of the coin will happen which could lead to great selling pressure resulting in a massive bearish control.

Another Bitcoin lover and analysts make a mixed statement that first bitcoin will down in order to show some rally. He claimed that a Wolfe pattern is becoming which will drag the price to the figure of $11,000. But before touching the 11,000 mark it will dump to $6,500.

The next wave will come…🚀🚀 #btcusd update

a wolfe wave pattern
bitcoin to 11000$ but first bearish trend will continue to 6500$ https://t.co/OPvuPyprUr

What is your prediction about Bitcoin? Let us know in the comment section. 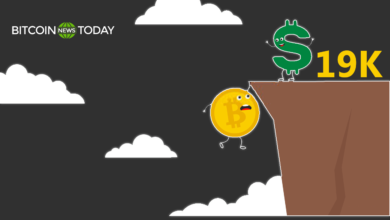